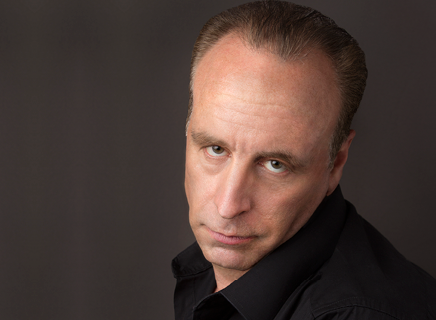 An incredibly powerful performer, comedian Vic DiBitetto churns energy, honesty and humanity into nonstop laughter. His pace is frenetic. He’s been called a cross between Rodney Dangerfield and Ralph Kramden. The bottom line is, DiBitetto leaves his audiences breathless with laughter. Vic is now a successful national headliner and selling out theatres up and down the East Coast. In late 2017 and early 2018, he is coming to LA, Las Vegas and Chicago to name a few.
Was Featured in Kevin James’ new movie Mall Cop: Part 2
An Internet Sensation with hundreds of millions of internet views and his now famous Bread and Milk, Justin Bieber and Kanye West viral rants Hosted Gotham Comedy Live on AXS TV
Will Headline in The Three Tenors (who can’t sing) Tour across the country. Recently signed a book deal for his autobiography Co-Starred in two independent films Turkey’s Done and Who’s Jenna
Up until 2014, Vic drove a school bus for special needs children for 20 years. The law requires that there be a matron on the bus as well. That was Vic’s wife, Lucy. Before that, he drove a garbage truck. They were finally able to “get off the bus” and focus solely on Vic’s career.
Vic has appeared on television’s America’s Funniest People (ABC) where he was a $10,000 Grand Prize winner as well as Stand-Up Spotlight (VH1) and Last Laughat Pips and acted in a pilot with Woody Allen and Danny Aiello.