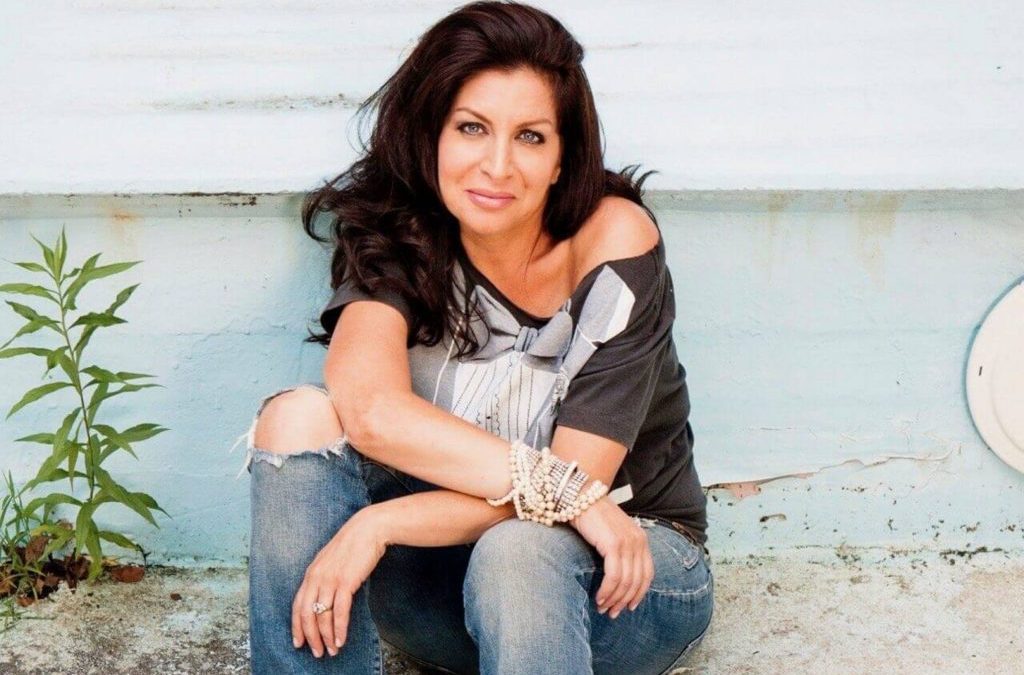 Comedian Tammy Pescatelli is the kind of woman you wish was your sister or your best friend. Like a good sister, she‘s always ready with a good joke or lively quip.

Tammy learned her funny skills growing up in a large, crazy, Italian family outside of Cleveland. She went on to marry into an even larger, crazier, Italian family and has a little boy that she named after her husband – “just to prepare for Alzheimer’s!”. When people ask her, “Where do you get your material?“ Tammy famously replies, “I wake up!”

Her most recent 1-hour special, “Finding the Funny” was released recently in an exclusive deal with the trailblazing company, NETFLIX. Tammy’s eye for actually finding the funny in all situations is what is already bringing the project critical acclaim from fans and peers alike. That same special was selected “New and Noteworthy” by iTunes editors and also hit number 3 on the charts. Her smashing appearance on “The View” was followed up by another sensational appearance on “The Howard Stern Show”. Tammy‘s recent reality series, A Stand Up Mother (which she co-created, executive produced, wrote and starred in) on WEtv, documented her life as she balanced her family and her growing career with a lot of laughs. She was chosen by Jenny McCarthy’s to be part of her “Dirty,Sexy, Funny” comedy special EPIX. Being one of the Final Five on NBC‘s “Last Comic Standing 2“ catapulted Tammy‘s career and won her a slew of new fans, solidifying her as one of the sharpest women in the comedy world. Tammy won “Comedy Central‘s 2010 Stand-Up Showdown”, and has appeared twice as a guest on “The Tonight Show with Jay Leno”. She has also recently appeared on BRAVO TV’s “Rocco’s Dinner Party”, CBS’s “The Talk”, Nickelodeon’s “NICK Mom’s Night Out”, TV Guide’s “Standup in Stilettos”, FuelTV’s “Roast of Parks Bonifay”, NBC‘s “Last Comic Standing: The Best of the Best”, and Comedy Central‘s “The World Stands Up!”. Tammy also appeared in her own half-hour special for Comedy Central, “Comedy Central Presents: Tammy Pescatelli.” She has made numerous appearance on the CBC’s hit show, ”The Debater’s”, as well as the “Jerry Lewis Telethon“. She has performed on “The Bonnie Hunt Show”, “TBS‘s Evening at the Laugh Factory”, “Last Call with Carson Daly”, and has been a guest a number of times on the syndicated show “Comics Unleashed”, and was chosen for their “Best of the Best“ worldwide top selling DVD!

Tammy has made more than 100+appearances on “talking head” shows on VH1, CMT, MTV, E!, A&E, REELS, TV Guide and many more. She was also featured weekly as part of the “Fashion Police“ panel for US Weekly. And giving pros a run for their money in the poker department, Tammy participated in the GSN poker series “Poker Royale: Comedians vs. Pros”, finishing in second place after beating all of the comedians and all of the pro’s but one. A regular on USO Comedy tours, Tammy has entertained our troops all over the world.She co-stars in the sleeper hit “Everybody Wants to Be Italian”, “Single”, and in the award winning indie film “Made in Brooklyn.”On her previous album, IT IS WHAT IT IS, she used every bit of her experience to make us laugh about family, religion, and even politics (her sister-in-law thinks Al Qaeda is a guy from the neighborhood.)Tammy currently tours the country promoting her latest comedy DVD, “Finding the Funny”.